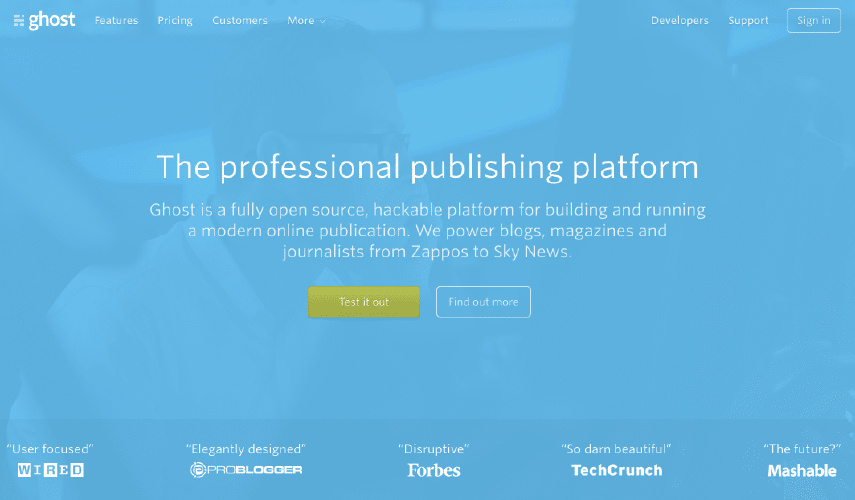 I have just migrated my blog from WordPress to Ghost. The reason is that it is just at the beginning of the year and I have been interested in something new. Ghost Foundation, which has been developing Ghost, seemed to gather certain amount of fund via Kickstarter. The headquarters are in Singapore, which sounds super to me.

I have noticed, just after deploying the instance on a local machine, that the layout of the default theme Casper is obviously wrong.

This is the top page of the blog; there is no perspicuity of the list of the articles as the excerpt of the body of articles are too long. This is because word counter does not properly work for Japanese as Japanese does not have white spaces between words.This is the body of an article. It looks the font is too large. The sans-self font is also a bit strange for Japanese articles.

Then, I have modified the theme so that it fits Japanese.

This is the modified version.

The excerpts for the top page have been made shorter so that perspicuity maintains.The font size of the body has been reduced.

The modified theme is available on Github repository. https://github.com/inatus/Casper-ja